Which pork to buy? How to distinguish 9 kinds of pork

goes to buy pork, do you often look confused? What is streaky pork? What the hell is tenderloin? Where is the plum blossom meat? Is the hind leg delicious? Standing in front of the butcher’s shop, do you often don’t know which meat to choose? But also pretend to be calm, pretend to be an old driver and choose from left to right for fear that the boss will find out that you don’t understand? In order to let you better buy your favorite meat and not be cheated by the boss, let’s follow Xiaobian to “paoding Jiezhu”! What are the characteristics of different parts of 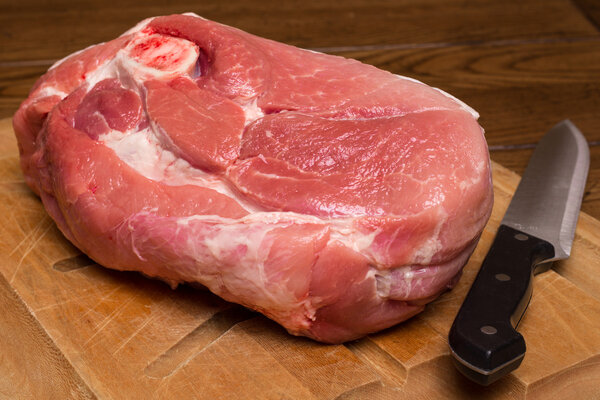 I believe there are many people around you who like to eat pork. The reason why streaky pork is called streaky pork is that fat meat and lean meat are separated by several layers. Streaky pork is located in the belly of a pig. It has more fat and looks very greasy. Although streaky pork is rich in fat, its fat is easy to melt, and the lean meat is fresh and tender. It is very delicious whether it is used for frying, stewing or braised meat. The famous “Dongpo meat” is actually stewed with streaky pork.

are mainly located on the back of pigs (i.e. under the spine) and connected with the large ribs of pigs. Sirloin is a kind of lean meat with less fat and no bones. Because the meat is very tender and delicious, it is suitable for slicing and cooking, or for cooking. Because sirloin is popular among the people, it is often the most popular commodity in pork stalls.

the so-called hip tip meat is a little bit of meat on the bottom of a pig. Hip tip meat can be divided into front hip tip meat and back hip tip meat. The former is close to the pig’s front leg, and the meat is fresh and delicious, while the latter is located at the position of backward and upward, with relatively old, hard and poor taste.

? Is it on a pig’s head? No, no, no, no, the upper brain meat is located in the upper part of the pig’s front leg, also known as the front row meat. This kind of meat has tendons inside, and the meat is relatively hard and old, which is suitable for making dumplings.

are located between the hind leg meat and the sitting buttock meat. Usually, when we buy pig’s feet and legs, some owners will cut some pork balls appropriately. It is oval in shape and covered with a layer of film. It is full of strength, tender and delicious. It is an excellent choice for making soup or stewing.

sitting buttock meat, also known as sitting board meat, is located on both sides of the back of the buttocks, between the maroon meat and the hip tip meat. Although the meat is close to the buttocks, it is all lean meat. Because the meat is old and tastes hard, it is mostly used to make double cooked pork.

8. The “pig’s hand” often mentioned in life is foreleg meat. Due to the less activity of pig’s hands at ordinary times, the fat content is generally higher. However, although pig’s hand is rich in fat, its meat is not greasy. If it is used to make soup, it can make the fresh soup delicious, and when it is used for stewing, it will make people have endless aftertaste.

the so-called hind leg meat is usually referred to as “pig’s feet”. Because the pig’s legs have more activity, the hind leg meat contains less fat than the front leg meat. The meat of hind leg is elastic, fresh and tender, and fat but not greasy. It is delicious no matter how it is cooked! In addition, the ham sausage sold in snack shops is actually made of hind leg meat.

OK, after reading the above, you should understand the various “treasures” of pigs? Learn to identify pork, when you go to the vegetable market to buy pork, you should not be taken as a “fish” by the boss, right?