Don’t tear off the white orange!

when most people eat oranges, they peel off the silk. Only a few people are too lazy to tear them will eat them directly. Do you know that the white silk has the effect of dredging collaterals and resolving phlegm, which is a good food therapy for patients with chronic bronchitis. 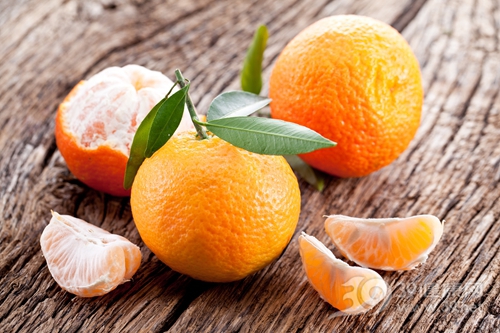 little orange is full of treasure! Oranges are not only rich in nutrition, but also edible as fruits. In addition, the leaves, skins, collaterals, fruits and kernels of oranges can be used as medicine.

orange leaves can soothe the liver and regulate qi, reduce swelling and toxin.

orange peel can beautify, remove tea rust and deodorant. In compendium of Materia Medica, tangerine peel (Orange peel) “can be tonic with tonic; purgative with laxative will be reduced; with ascending medicine, it will be decreased.” It can be seen that in ancient times, people have realized the medicinal value of orange. Tangerine peel can regulate qi, eliminate dryness, diuresis, phlegm, cough, spleen, and stomach.

the reticular meridians on the pulp of

are called orange collaterals, which have the effects of dredging collaterals and resolving phlegm, smoothing Qi and activating blood circulation, and are often used to treat phlegm stagnation and cough. The content of vitamin P in orange is high, so it can effectively prevent and treat hypertension. It is good for the old people to eat more oranges.

orange tastes sweet and sour, warm in nature, enters the lung and stomach meridian; it has the effect of opening the stomach and regulating qi, relieving thirst and moistening the lung; it can treat chest and septum qi stagnation, nausea and vomiting, lack of food, deficiency of stomach yin, thirst in the mouth, lung heat cough and excessive drinking.

the core (seed) of orange, slightly warm in nature and bitter in taste, has the effect of regulating qi, dispersing knot and relieving pain. It has good effect on testicular distending pain, hernia pain, breast lump swelling pain and low back pain.