Bitter gourd too bitter how to do? This reduces the bitterness

balsam pear is a kind of detoxification vegetable, some people like it, some people hate it. In fact, even if it again nutrition, but that bitter taste, who can stand ah! If there is a way to remove the bitterness, I believe most people will love this health food. How can 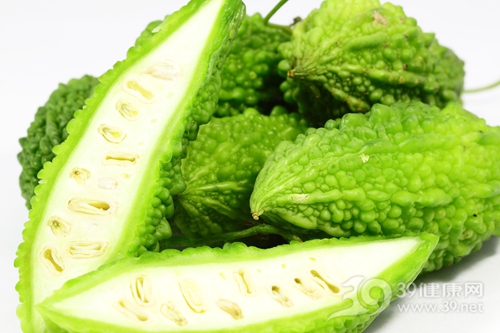 . The bitter gourd will be cut into two pieces along the direction of the above article. After removing the seeds, the layer of white flesh close to the melon flesh can be removed completely, which can effectively remove part of the bitter taste.

and eat balsam pear with other ingredients, which can enhance nutrition and not reduce bitterness. For example, balsam pear and pepper can reduce the bitterness properly.

cut balsam pear can be salted for a while, and then the water filtered out, can reduce the bitterness.

will be split open, seed, cut into strips, and then rinse with cold water, while washing with hand gently pinch, wash for a while, then wash with water again, so repeatedly rinse three or four times, bitter juice will be lost with water. After being fried, the bitter gourd tastes delicious, slightly bitter and sweet. The fifth method of